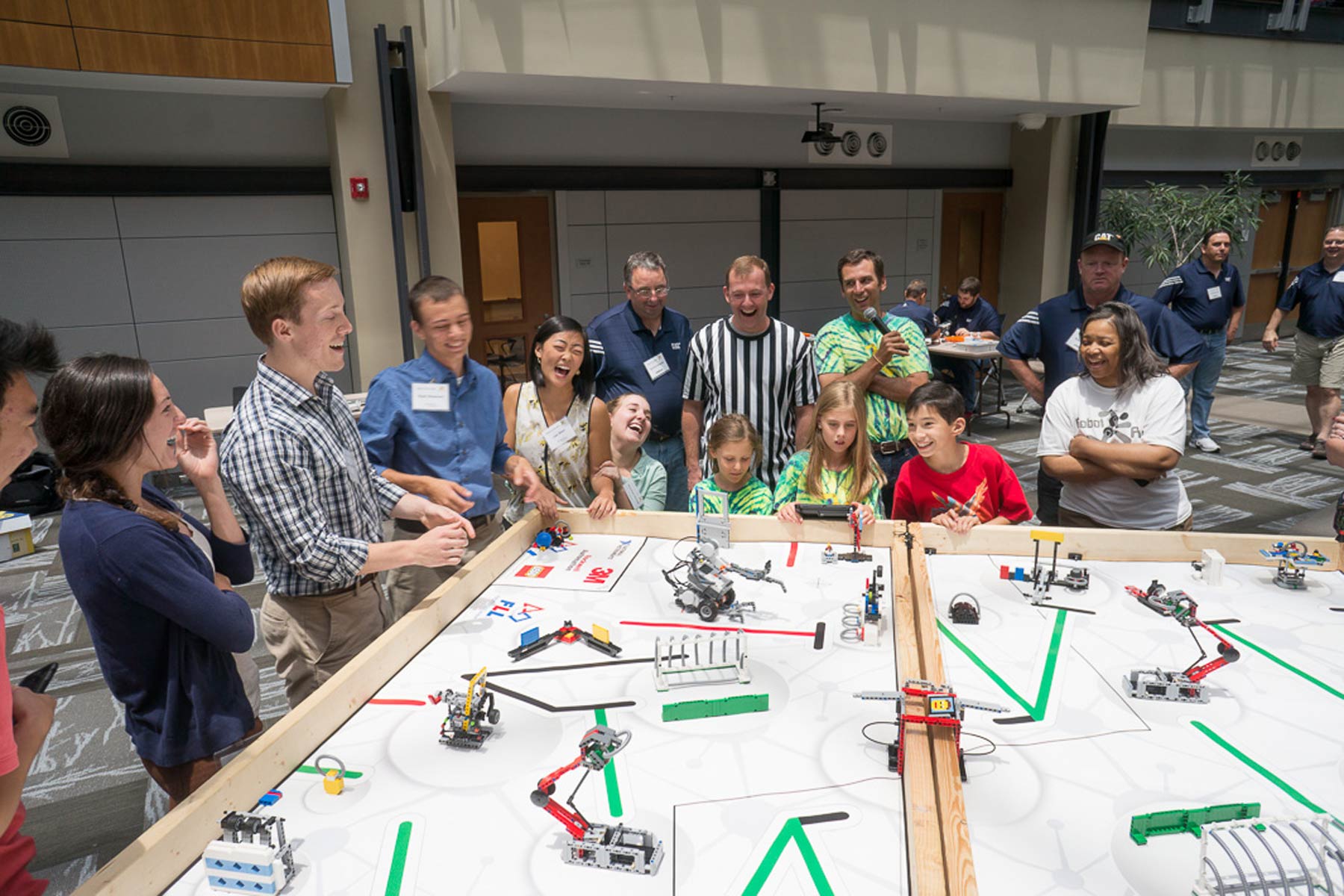 The annual event features middle school-age students coaching teams of adults from area businesses and institutions in building and programming Lego Mindstorms robots to perform a variety of tasks during multiple 2½-minute runs on a thematic playing surface. The more tasks completed, the more points awarded, with the team racking up the highest total receiving the coveted Lego trophy.

In addition to providing a day of fun and excitement, a purpose of the Robot Fun Run is to increase awareness of and participation in the Winston-Salem/Forsyth County Schools’ robotics program, which is designed to engage middle school-age children in science and technology. The program’s main event is the annual Forsyth County Robot Run, a competition in the fall that involves robotics teams from the system’s 17 middle schools.

“There are multiple answers to any problem and an unlimited amount of solutions, and robotics allows kids to be creative,” said Stephen Susalka, executive director of the Association of University Technology Managers, who helped manage the Robot Fun Run.

“Our strategy is to work for points,” said the Inmar team’s student mentor, Kyle Burroughs, an eighth-grader at Wiley Middle School.

Unfortunately for Burroughs and his adult pupils, Inmar was unable to defend its 2014 championship.

In a close and intensely fought battle, Biomedical Engineering came out on top, followed by Caterpillar No. 2 and SciWorks.

“Tackling a new design challenge is fun,” said Michaela Dimoff of the winning team. “And, who wouldn’t like to play with robots for three hours?”

To learn more about the Robot Fun Run or view pictures from past challenges visit wsrobotrun.com/funrun.html.