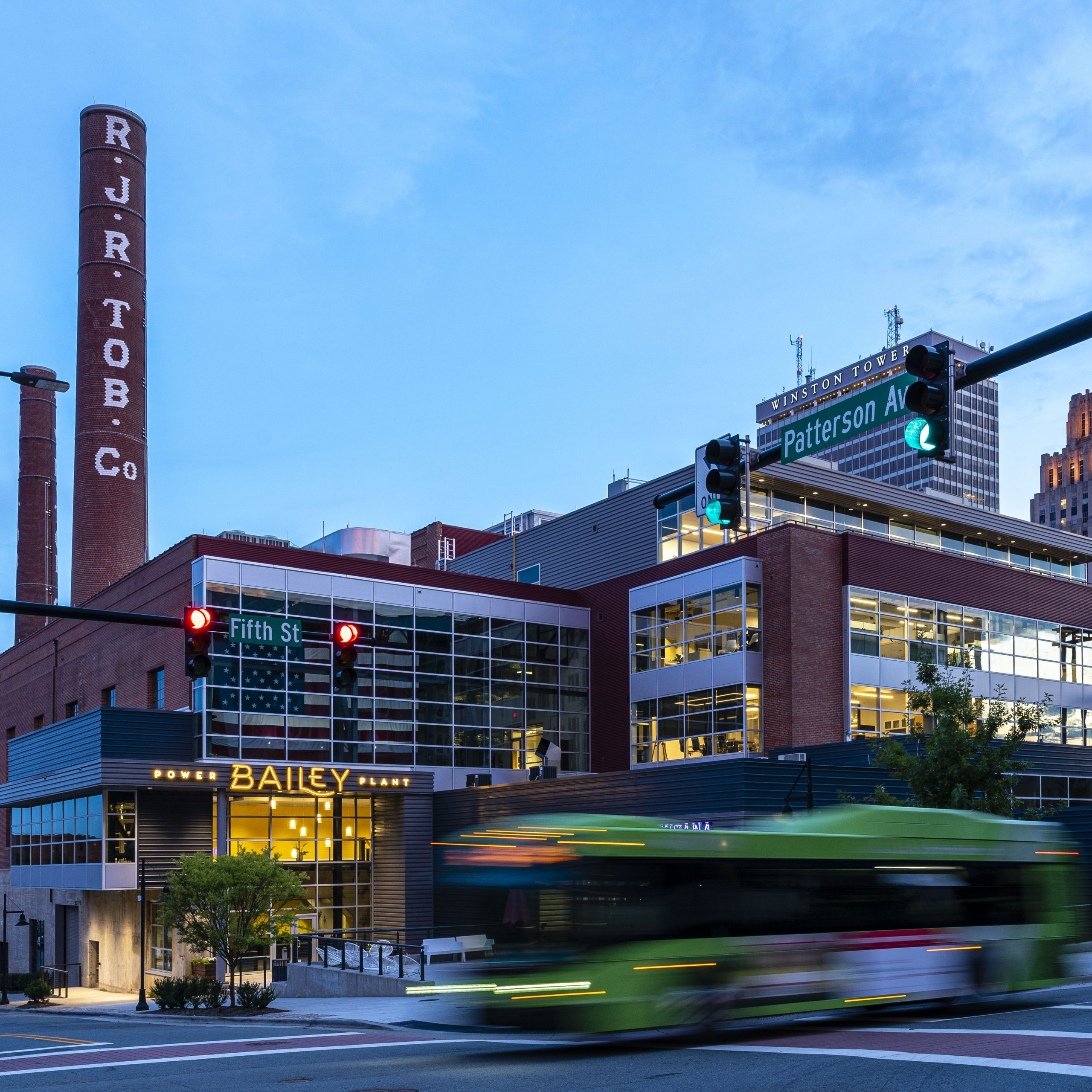 The Bailey Power Plant is the last of the historic buildings to be redeveloped by Wexford within the Wake Forest Innovation Quarter and culminates the largest historic redevelopment project in the history of North Carolina, now totaling over 1.1 million square feet.

The 19-month project cost approximately $40 million and encompassed the adaptive reuse of the five-story main power plant structure as well as additional outdoor communal space to complement the active and popular Bailey Park.

Several tenants have already moved into their spaces, including CML Microsystems and Alma Mexicana, a new restaurant located at the corner of Fifth Street and Patterson Avenue. Other previously announced tenants, including Wake Forest Innovations, will move in over the next couple of months.

In addition to site improvements along the historic elevated rail line west of the building, workers also refurbished the iconic 130-foot smokestacks that grace Winston-Salem’s skyline; fitting them with color-changing LED lights.

With the opening of Bailey Power Plant and Wexford’s redevelopment efforts over the past 8 years, Wake Forest Innovation Quarter is now home to the largest historic redevelopment project in the history of the state of North Carolina, according to Preservation NC, a statewide non-profit dedicated to historic preservation.

“The opening of Bailey Power Plant represents a historic moment not only for the Innovation Quarter, but for Winston-Salem,” said Wake Forest Innovation Quarter president Eric Tomlinson. “We are delighted at the public-private partnership fostered between Wake Forest Baptist Medical Center, Wexford, the city of Winston-Salem and Forsyth County that has made what was once a dream now a reality.”