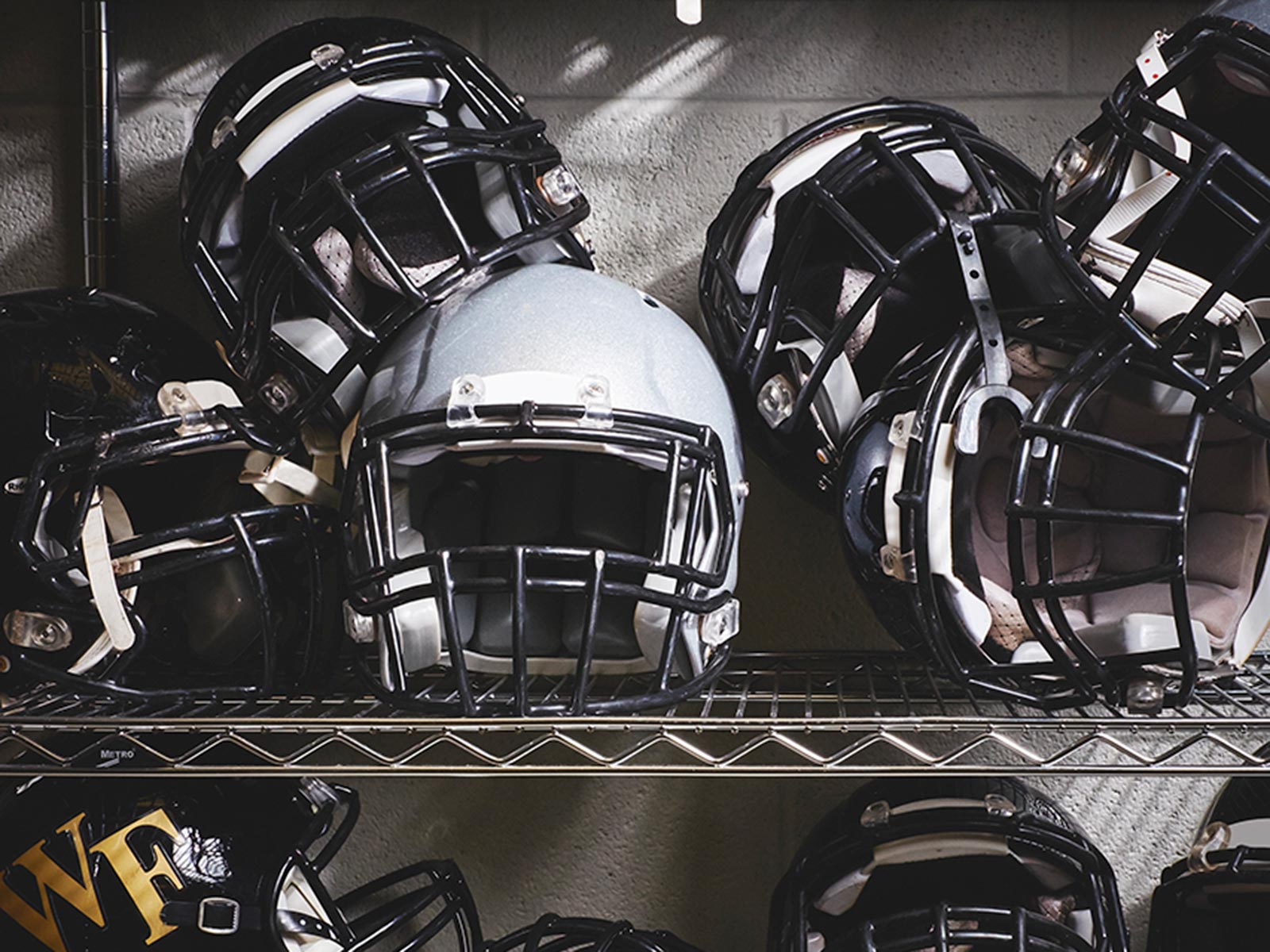 A sobering question that has haunted sports columns and editorial pages is now making its way to movie theaters across the country:

Is America’s most popular sport also its most dangerous?

Omalu, the main character and real-life forensic pathologist portrayed in the 2015 film Concussion, brought this controversy into national prominence through an exposé and now through the silver screen.

The stakes in this controversy are high. But while the NFL gets most of the attention in this conversation, numbers reveal a much larger population at risk: youth.

Five million people play organized football in the United States. Of these, 3.5 million are children under the age of 14.

For each athlete playing football at the professional level, approximately 2,000 children are exposed to the same risks of head impacts.

It’s an alarming paradox. What do we do with a sport that is both so wildly popular and also potentially dangerous?

Some, like Omalu in his op-ed “Don’t Let Kids Play Football” recently published in the New York Times, call for the demise of youth football.

But in North Carolina, in the middle of one of the fastest growing urban-based innovation districts in the country — Wake Forest Innovation Quarter — others are taking a different approach.

“Youth football is understudied,” says Joel Stitzel, PhD, chair of biomedical engineering at Wake Forest School of Medicine, part of Wake Forest Baptist Medical Center. “Millions of dollars are being invested into concussion research at the professional and collegiate levels but only a handful of researchers are investigating the effects of head impacts in children.”

Stitzel heads a team of researchers using state-of-the-art biomedical engineering equipment and techniques to study head impacts in youth football with the hopes of identifying ways to improve football equipment and rules to make the game safer for kids.

These engineers are aided by one of the biggest names in sports, albeit a very different sport.

This year, the initial football studies led to Wake Forest Baptist, Virginia Tech and three other organizations receiving $3.3 million from a five-year, multi-site grant funded by the National Institutes of Health that engages the science of football safety in the population that needs it most.

For some, this research hits close to home.

Robert Gfeller was like any other father, excited to see his son Matthew play in his first varsity game. In 2008, Matthew was a sophomore at R.J. Reynolds High School in Winston-Salem. He wore number 57.

In the fourth quarter, Matthew collided with an opponent in a helmet-to-helmet hit. Matthew was immediately knocked unconscious.

In the midst of their grief, Robert Gfeller and his wife Lisa made it their personal mission to carry on Matthew’s legacy by creating the Matthew Gfeller Foundation to help educate the public on the issue of concussions, so as to assist in the prevention of similar types of youth sports injuries. Soon after its formation, the Matthew Gfeller Foundation began working alongside the Childress Institute, collaborating across research, education and advocacy programs focused on youth sports safety.

Under Stitzel’s leadership, the biomedical engineering department had become a stronghold for injury biomechanics research, providing all the expertise needed to study head impacts in youth football. But Gfeller’s strength in advocacy gives the push of passion needed to make football safer for players like Matthew.

This partnership was solidified by proximity. The two organizations exist a mere 50 paces from each other. The Innovation Quarter, which houses both groups, is dedicated to kick-starting such research, business and education partnerships in areas like biomedical science, information technology, clinical services and advanced materials.

“Innovation doesn’t happen in a vacuum.”

“Innovation doesn’t happen in a vacuum,” says Gfeller. “Innovation happens through teamwork. This youth football research is an example of what Wake Forest Innovation Quarter is all about. It brings community together. It brings professionals together and combines all their different skill sets to move research forward. This is the model of collaborative progress; it’s theory in practice.”

At Wake Forest Baptist, the collaboration of scientific expertise and advocacy is taking the controversy over youth football head on. If the game of football is going to survive, researchers have to determine if players face serious risks.

“We know that concussions are bad for the brain,” says Jillian Urban, PhD, a research assistant professor who helps lead the football studies at Wake Forest Baptist. “What we don’t know is if long-term exposure to the sub-concussive head impacts that athletes experience on a daily basis can also have negative effects.”

There’s an added wrinkle in answering this question. Children’s brains undergo a period of rapid and profound change during the years they play youth football, and determining the effects of head impacts becomes much more difficult.

No one knows if this state of change is protective when children experience head impacts or if the opposite is true and sub-concussive hits during this time increase the risks of permanent brain damage. From previous studies, Wake Forest Baptist researchers determined that the players with the highest impact exposure during a season also display the largest changes in their brains, while those players who experience low exposure exhibit very little change.

“We don’t yet know what happens to these changes in the brain,” says Christopher Whitlow, a physician-scientist and chief of neuroradiology at Wake Forest Baptist Medical Center, who leads the imaging component of the study. “Are they permanent? Or do they heal like the other bumps and bruises players experience?”

The multidisciplinary NIH grant allows the biomedical engineering, neuropsychology and neuroimaging teams to follow some of the players over multiple years to gather the data that can help them answer questions about chronic exposure.

“The essential question that parents want answered is, has the fundamental development of [my child’s] brain changed?”

In the study, youth football players undergo pre- and post-season assessments that include brain imaging using the most advanced neuroimaging technology available and neurocognitive tests that measure reaction time, balance and memory. These tests create a baseline to measure the brain changes that happen over the season.

During the season, players wear in-helmet sensors that monitor and record every head impact that occurs during practices and games, which are also filmed. At the end of the season, researchers assess the data to determine if there are relationships between head impacts and changes in the brain over the course of the season.

“The essential question that parents want answered is, ‘If I let my child play football from the age of 8 to 15, has the fundamental development of his brain changed?’” says Gfeller.

While Wake Forest Baptist researchers are answering questions about the risks of youth football, they are equally focused on developing solutions to these risks.

“There are many areas where we can improve football safety, including rules, techniques and equipment,” says Stitzel. “Our results could help improve the design and use of helmets and help inform the rules that govern youth football.”

“Our findings may help coaches, parents and athletes understand the risk players face and develop training protocols to reduce exposure to head impacts.”

The biomedical engineer is not unfounded in his hopes. Youth football leagues like Pop Warner are tracking head impact research and adjusting their policies accordingly.

“We have been very happy with the research that has come out of Wake Forest Baptist and their partners at Virginia Tech,” says Jon Butler, executive director of Pop Warner Little Scholars, Inc. “Due to early research, we were the first to implement rules that governed the type of impacts allowed in youth football, and as new findings come out, we hope to adapt our policies to further increase player safety.”

“Our findings may help coaches, parents and athletes understand the risk players face and develop training protocols to reduce exposure to head impacts,” Urban says. “These changes could include teaching better techniques, modifying practice drills and limiting the number of contact practices.”

Youth football is only the beginning for the researchers and advocates at the Innovation Quarter. Their shared vision is to expand the conversation well beyond football.

“The youth football study is our first step into other sports,” says Stitzel. “Ultimately, we want to utilize technology that can measure head impact without a helmet, so we can understand head impacts in other non-helmeted sports.”

Urban leads a parallel project funded by the Childress Institute to develop that very technology: a mouth guard that can measure head impacts more accurately than the in-helmet system.

“If we are going to take a holistic approach to youth safety, we cannot ignore the staggering number of injuries children face across all sports, not just in football,” says Gfeller. “We have a responsibility as parents and as a community to improve safety in sports at all levels.”

This is the work that’s going to save football.

While Wake Forest Baptist and its partners conduct research to assess risks in youth football, articles like Omalu’s cast a pall over youth sports. Many fear that research will provide a scientific basis for their concerns and brand football as the most dangerous sport in America.

They are advocates of youth sports, readily acknowledging the physical, emotional and social benefits that these activities provide for children. Their model of youth sports focuses on increased benefits with decreased risks.

“People ask, ‘Isn’t this work going to kill football?’” Whitlow says. “The answer is no. This is the work that’s going to save football. Not asking these questions to begin with, that’s what is dangerous for football and the millions of children who play the sport. If we can identify the risks, we can develop ways to decrease those risks.”

Learn more about the Childress Institute for Pediatric Trauma and its mission to prevent traumatic injuries in children. Find out more about Wake Forest Innovation Quarter and its community of innovation.

There’s More to Gears and Guitars than Cycling and Music