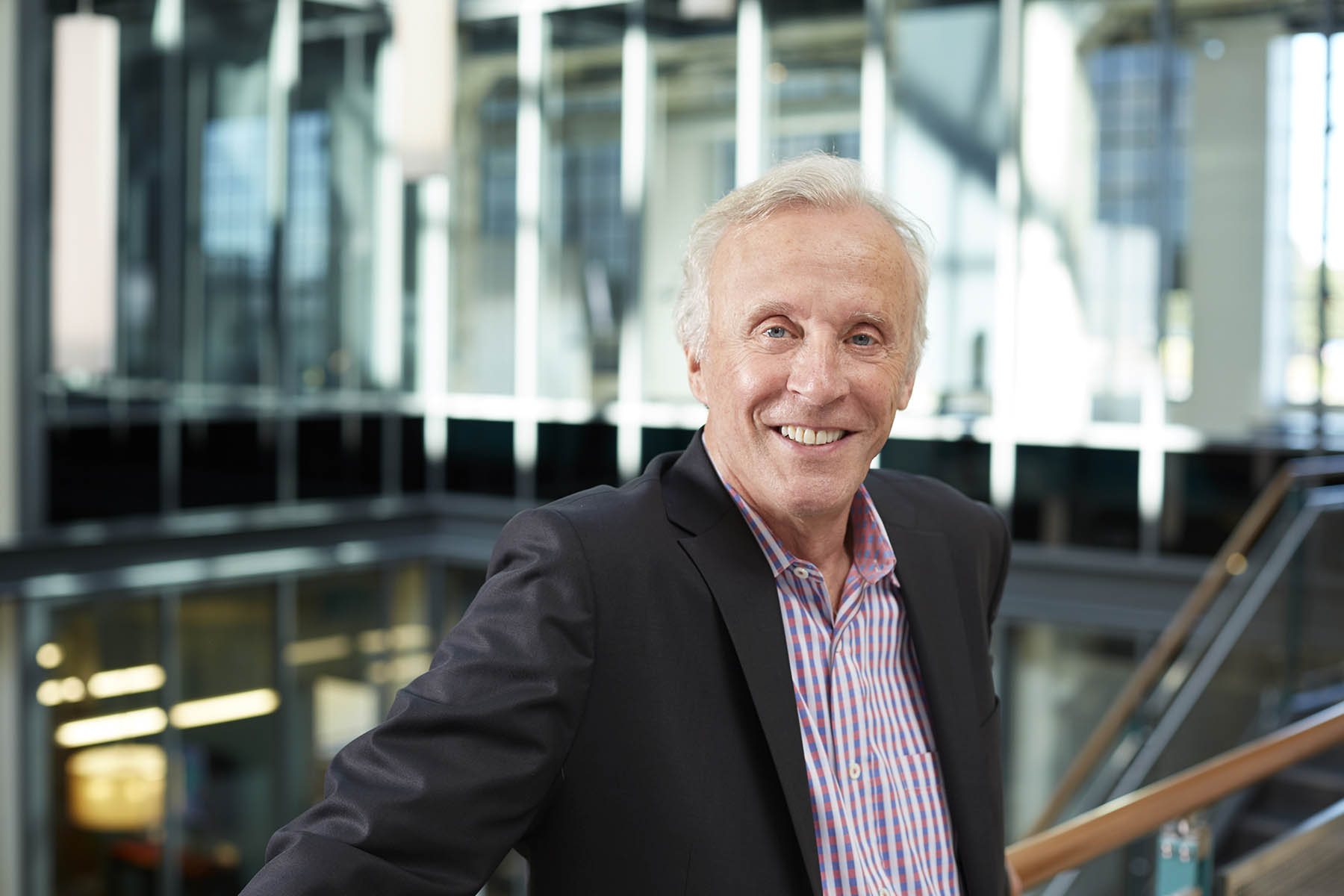 In a project as momentous and important as Wake Forest Innovation Quarter is for Winston-Salem, there is never one person responsible, never just one person who deserves the credit.

Projects like the Innovation Quarter are inspired by the vision of many and built by the grit and determination of countless others.

He believed before it existed.

But when the final book is written on the revitalization of downtown Winston-Salem and the role the Innovation Quarter played in that journey, there is no doubt that the name Eric Tomlinson will play prominently in that story.

From the moment he arrived in Winston-Salem, Eric’s voice has been one of optimism, creativity and, of course, innovation. But what we heard most in his charming British accent was belief.

Eric arrived before there was a Bailey Park, before there were more than a handful of people here in the innovation district and before the real buzz of activity we see going on here every day became audible. But he didn’t need to see all that in order to believe in what this area could become. He believed before it existed.

Under his leadership, the Innovation Quarter has grown to include more than 150 companies, with more than 3,700 people working here and 1,500 students seeking degrees here. A vibrant knowledge community is forming here, ready to take the next turn into the future.

And that was only half of his job. At the same time he was growing the Innovation Quarter, Eric has also been responsible for Wake Forest Innovations, the commercialization arm of Wake Forest Baptist Medical Center. He shouldered the responsibility of bringing the ideas and inventions of our faculty and staff into the health care marketplace.

I think I speak for our entire community when I congratulate Eric on these and many other accomplishments during his time as chief innovation officer of Wake Forest Baptist Medical Center and president of Wake Forest Innovation Quarter. We look forward to seeing what he helps build next.