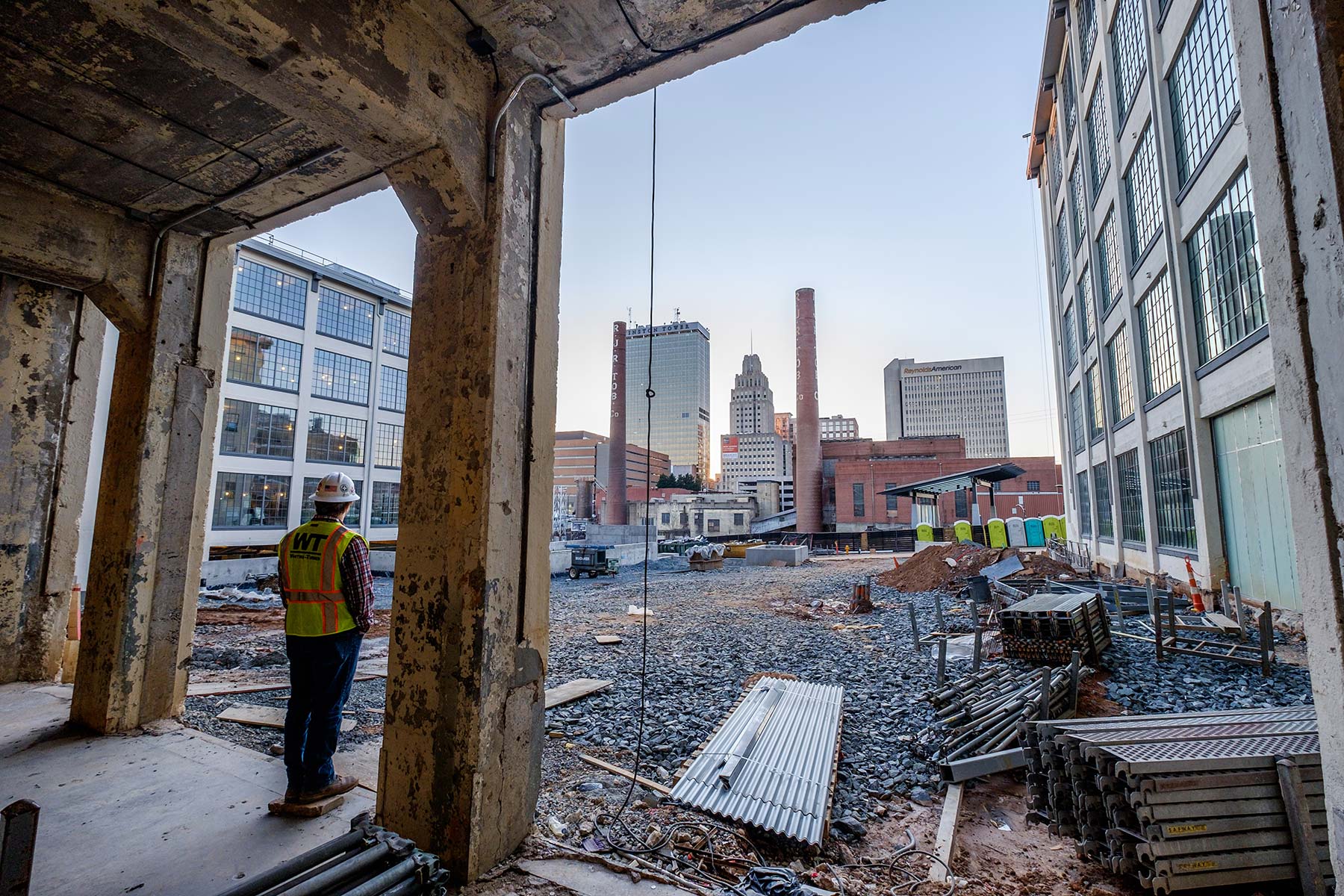 One of the great experiences of the human condition is the opportunity to see a vision come to fruition. Often we dream about things that could be, but it is difficult to match the exhilaration that comes from watching what was once the hope for the future magically transform into the power of the present day.

We are beginning to see that transformation before our very eyes here in Wake Forest Innovation Quarter. What was once a vision has now transformed into a reality.

That staggering dollar amount is largely thanks to Wake Forest Baptist Medical Center, our development partner Wexford Science + Technology and the assistance of the city of Winston-Salem and Forsyth County. And certainly none of this development would have been possible without the generous donation of land and buildings by R.J. Reynolds and the early vision of Winston-Salem State University in committing to space in what would become our innovation district’s first building—Piedmont Triad Community Research Center.

These are impressive numbers. An investment of that size seemed like a pipe dream to many who saw the landscape of Winston-Salem in the mid 1990s. The economic growth that has come to our city is palpable and has only just begun. With major projects like Bailey Power and the Link Apartments Complex now under way in the Innovation Quarter, all signs show that momentum to be continuing.

We’re also making major inroads in creating new ways to build vibrant community. You’ll read in our feature story about the newly announced Venture Café Winston-Salem, which joins the likes of Boston, St. Louis, Miami and Rotterdam as one of five cities around the globe to host this exciting program connecting innovators and entrepreneurs.

Several weeks ago I had the privilege of attending the Venture Café Global Summit in Miami, Florida. Leaders from those five cities were in attendance. Very soon the program will expand to more cities around the globe, including potentially Warsaw, Philadelphia, Santiago and Tokyo.

This will give entrepreneurs, makers, innovators and start-up hopefuls in Winston-Salem the ability to connect with their counterparts not just here but all around the globe.

What was once a vision has now become a reality: driving economic growth in the form of billions of dollars invested in our city and building vibrant community by connecting our innovators and entrepreneurs with the dreamers in cities around the globe.

Please keep your eyes wide open, or you just might miss the magic of Winston-Salem’s renaissance going on right before you.