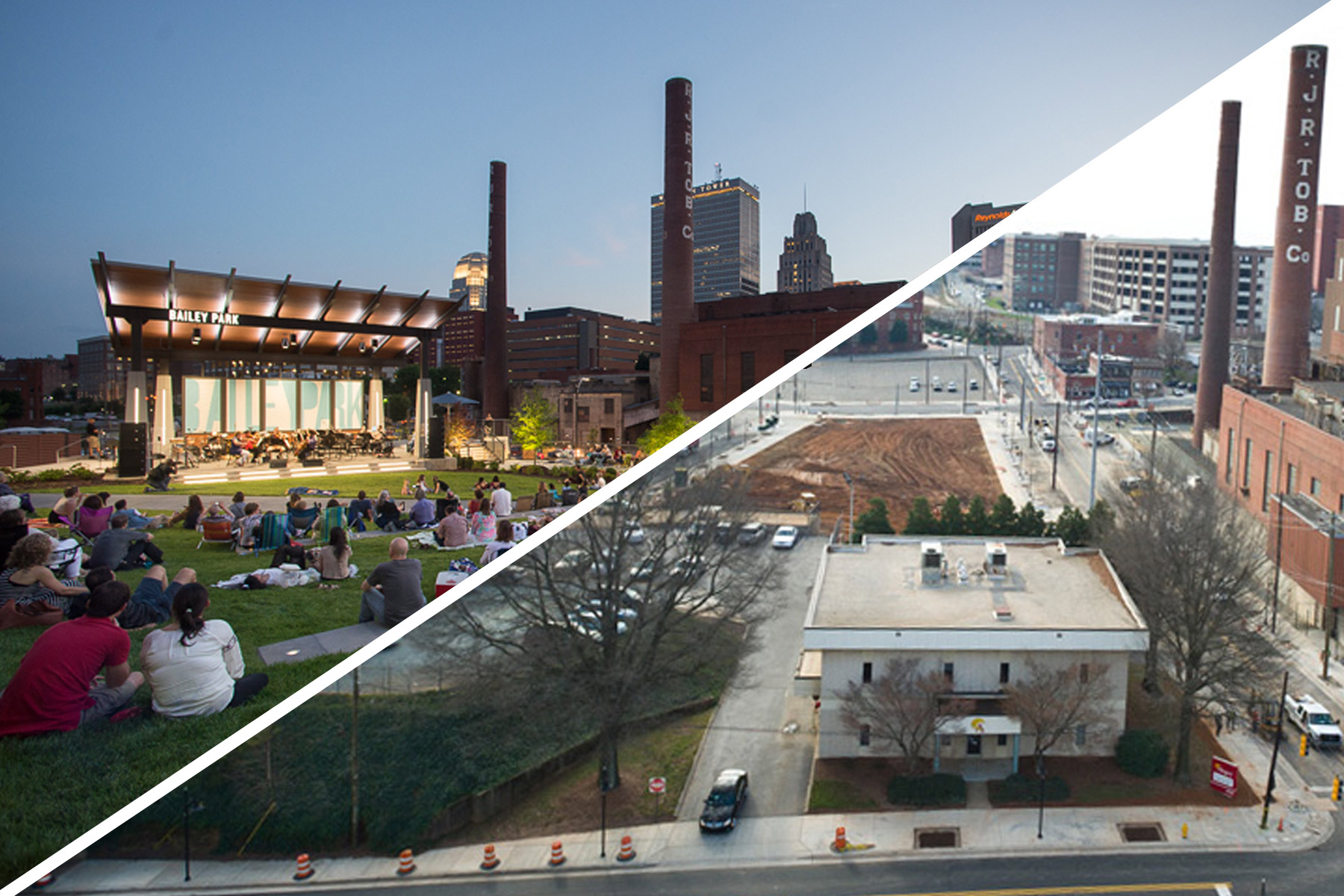 ]Experimentation is crucial to innovation. It is how we arrive at that critical (and magical) point in the process where an idea turns into a viable solution to an unmet need.

And experimentation includes achieving a ‘proof of concept’, a term frequently used to describe much of the work carried out all over the Innovation Quarter.

Could a city, like Winston-Salem, built on the backbone of industrial manufacturing, turn the corner into a city built for the future?

In pharmaceutical development, proof of concept often refers to early-stage work showing that a candidate drug will produce a desired clinical activity.

In business development, proof of concept may involve a limited product launch to a small portion of a market to measure positive results.

In engineering, proof of concept involves producing a working prototype in order to file for patent coverage or to demonstrate to end users.

For years, Wake Forest Innovation Quarter has been seen—and rightly so—as an experiment. Could a city, like Winston-Salem, built on the backbone of industrial manufacturing, turn the corner into a city built for the future? Could an economy built on banking and tobacco reinvent itself into an innovation economy and embrace sectors like biomedical science, information technology and advanced materials?

Today, as we stand on the brink of welcoming hundreds of medical students to one of the most technologically advanced medical training facilities in the country, as we prepare Bailey Power Plant for her new life as an icon for innovation in this area, as we see organizations like Inmar and Forsyth Tech and Clinical Ink continue to grow, it’s apparent that we’ve proven the concept.

The experiment that was the Innovation Quarter has worked. We have achieved proof of concept.

In an area where empty buildings once dominated, a thriving community has formed.

That the experiment has worked has proof within our immediate surroundings. The halo effect of the Innovation Quarter is real.

Based in the downtown area since 2003, the Arts Based School expanded to an additional building in 2013 to much fanfare, providing arts integrated education opportunities for K-8 youth. Kimpton Cardinal Hotel and the Residences at Reynolds recently opened a couple of blocks from here. Other businesses – like Mast General Store last year and the UPS Store just last month – are coming to downtown and citing our presence here as a major factor in their relocation.

There is now a marked trend of innovative, creative companies and organizations making the Innovation Quarter their home. From Mudpies Downtown East in 2013 to Plant 64 and their loft-style apartments in 2014 and the Center for Design Innovation in 2015, the momentum is palpable.

There will be more success stories and more discoveries to come out of this area in the coming years.

The concept has been proven.

In an area where empty buildings once dominated, a thriving community has formed. In a place where the past was the story, the future is now what everyone is talking about.

The experiment has worked. And now it’s time to scale for the future.

With all the exciting news coming out over the last several months—the pending redevelopment of Bailey Power Plant, the creation of a new greenway through the unique rails-to-trails project, the addition of the new plaza and amazing water wall to Bailey Park, the affordable workforce residential project in Goler Heights, the creation of the Wake Downtown program for undergraduates from Wake Forest University, Mullen Lowe moving in, and the soon-to-be-opened Bowman Gray Center for Medical Education in the 60s building —there is much underway.

There will be more buildings, more investment, more capital, more success stories and more discoveries to come out of this area in the coming years.

If the Innovation Quarter can be likened to a prototype for a new performance vehicle, we have gone around the test track. We have tweaked the engine and put on new tires. We have added the right parts and accessories.

Now it’s time to take her out on the road and see what she can really do.