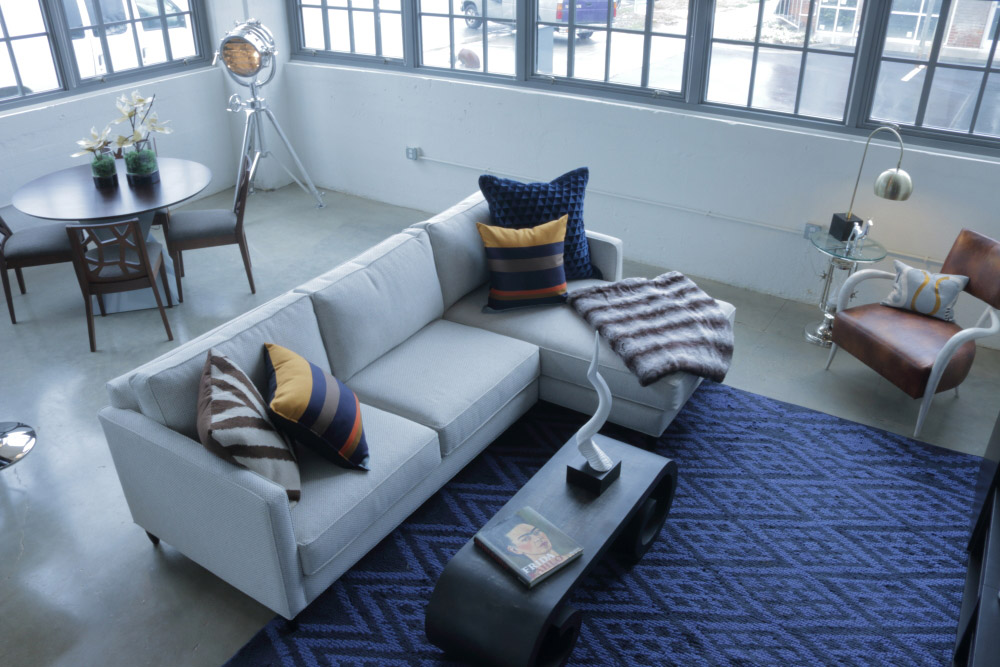 Construction crews are still on the scene at Plant 64. But now so are residents.

Plant 64 Loft Apartment Homes – the major element in the latest revitalization project in Wake Forest Innovation Quarter and the largest residential development within its boundaries – welcomed its first residents July 1. The newly occupied apartments are in the three-story Courtyard Flats building, which is part of a five-structure complex with more than 400,000 square feet of usable space that was once an R.J. Reynolds Tobacco Co. manufacturing plant.

Plant 64, which dates to 1916, is on the eastern side of the Innovation Quarter, occupying the block bordered by East Fourth, Research Parkway and East Fifth streets and the former railroad right-of-way that is to become part of Winston-Salem’s Greenways trail system.

The $55 million renovation of Plant 64 is a project of The C.A. Harrison Companies LLC of Bethesda, Md., Pennrose Properties LLC of Philadelphia, Commonwealth Architects of Richmond, Va., and Capstone Building Corp. of Birmingham, Ala. Because of the historic character of the buildings, the developers qualified for both North Carolina and federal rehabilitation tax credits.

“We’re excited to have our first residents moved in,” said Robyn Umfress of Bonaventure Realty Group, the property manager for Plant 64 Loft Apartment Homes. “And we’re looking forward to the amenities being completed.”

That will happen in stages over the next six months, she said. The schedule calls for the Power Plant building (named after its original use) that will house the complex’s administrative offices and numerous resident amenities to be open in late July, around the same time a certificate of occupancy is issued for the site’s 9,700 square feet of retail space at the corner of East Fourth and Research Parkway. Fifth-floor loft apartments are to be ready for occupancy by the end of August, and the entire project should be finished before the end of the year.