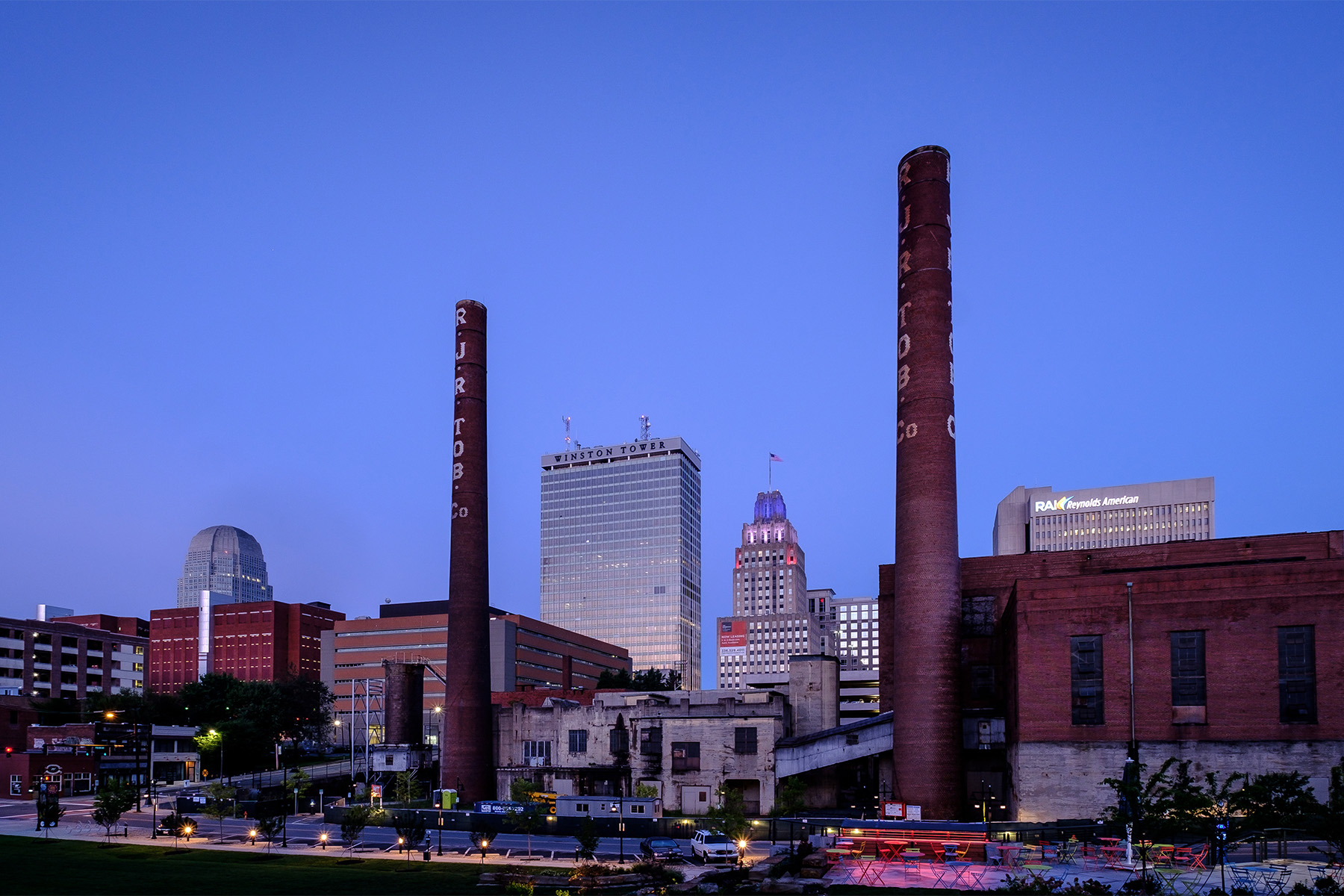 Exciting changes are popping up in downtown Winston-Salem.

Here are some of the recent changes and additions to downtown Winston-Salem:

In November 2016, the Creative Corridors Coalition installed the Twin Arches over US-52 where it intersects with Research Parkway. The non-structural arches were designed by Donald MacDonald, a well-known bridge architect, to be an iconic entrance to Winston-Salem. The bridge is the first of a multi-faceted plan to create aesthetic bridges, accessible to the whole community, by the Creative Corridors Coalition.

The renovation of the lower level of the Benton Convention Center has been completed. The renovation of the upper level continues and is on schedule to conclude in May 2017. The remodel will improve the functionality of the convention center and create a contemporary environment that pays tribute to the history of Winston-Salem. Learn more about the project on VisitWinstonSalem.com.

In October, TW Garner Food Co.—the maker of Texas Pete—completed its renovation of the second floor of the Nash-Bolich building located off of Fourth Street downtown. After 70 years, the company is moving its headquarters back to downtown Winston-Salem to participate in the thriving community.

In July 2016, Mayfair Street Partners started renovations on the historic Pepper Building located on the corner of Liberty Street and Fourth Street. When completed, the building will house a 75-room Hotel Indigo property and two new restaurants. The hotel will feature local and historical connections through its food, art, photography and architecture.

The ground breaking may have taken place in 2015, but the last six months have seen a flurry of activity on the new Forsyth County Central Library located on the corner of Fifth Street and Spring Street. The new facility, complete with an underground parking garage, is expected to be finished in late spring or early summer of 2017.

In March 2016, Art for Art’s Sake released plans for its new Center for the Arts building, which will be located on Liberty Street. The 14,500 square-foot facility was made possible by a gift from the Thomas J. Regan Jr. Foundation and designed by Stitch Design Shop and Stimmel Associates. Construction by the Frank L. Blum Construction Company is slated to be completed in early 2017. The new building will house the Red Dog Gallery, Studio 2 and the Unleashed Art Center, as well as artist studios for rent.

Mark and Janet Shill, owners of Intelligent Business Solutions, bought Salem Town Hall, which was built in 1912 and is listed on the National Register of Historic Places. The renovations, which were finished in 2016, turned the town hall and fire station into business and residential space. Renovations were made by LMI Builders under the supervision of the Historical Preservation Society.

The Thomas S. Kenan Institute for the Arts held a grand opening of its Creative Community Lab in October 2016. The Creative Community Lab is located on South Liberty Street and offers 2,200 square feet of workspace for Arts Enterprise Lab members, Kenan Arts Research Fellows and the Center for Creative Economy, along with other UNC School of the Arts partners.

Here are a few of the restaurants recently opened or refreshed in downtown Winston-Salem: